What began as an Eagle Scout project for Huntington St. Joseph’s Tucker Stacks turned out to be one that would re-energize him and the parish.
“I wanted to do something for my church that would make a difference,” he said. “It started out as a manual labor project,” but it ended up as a meaningful gift to the parish that Stacks hopes will last for generations.
The young man asked his pastor, Monsignor Dean Borgmeyer, of St. Joseph’s, if there was a project on the church’s to-do list that may have been pushed to the back burner, because of lack of manpower and funds. Borgmeyer proposed Stacks clear the parish’s neglected parking lot. The area is one-fourth of a city block in size. The site also included a walking trail around the perimeter, but because of heavy overgrowth it was not clearly visible to passersby. The space had not only become an eyesore in the community, but it was also a safety concern for both the parish and the school, Borgmeyer said.
Earning an Eagle Scout title is a sign of perseverance, discipline, motivation, leadership, accountability and achievement. Each one of those characteristics is what Stacks had to muster up to accomplish this mission.
“I had no idea this project would take so long,” Stacks said. “The weeds were like a (tight woven) rug.”
As any good Eagle Scout candidate knows, when you make a commitment you see it through, and you work hard to exceed expectations. And so, he did.
Stacks raised about $4,000 for the clean-up project. He logged more than 500 hours of work, which included filling five dumpsters of what ended up being 60 tons of debris (weeds, gravel, brush, concrete, railroad ties, etc.).
Before all was said and done Stacks also painted the bases of the light poles, replaced slats on the wooden benches, and brought the forgotten trail to back to its glory. He didn’t stop there.
“Once the path was cleared, we thought we could do something else to make it look even better,” Stacks said.
The scout and his father decided to take the job one step further. Stephen Stacks, Tucker’s father and Scout Master, helped his son create and erect custom framed Stations of the Cross to enhance the trail around the property. This great idea was more than what their pastor had hoped.
“Tucker took one project and turned it into a great gift to the parish,” Borgmeyer said. “I am not surprised, he is an all-around great guy, who without hesitation goes out of his way for us around here whether as an altar server or volunteer.”
Borgmeyer said the response to the project from the parish has been true amazement. Having the outdoor stations has given the property more purpose and a re-energized spirit.
The parishioners and community around St. Joseph in Huntington are more than pleased with their soon-to-be Eagle Scout. His determination gave them more than a cleared parking lot, and even more than a beautiful outdoor Stations of the Cross walkway – Tucker Stacks gave them renewed energy. His work reflects what the bible tells us in Isaiah 40:31, “Those who hope in the Lord will renew their strength, they will soar on wings like eagles; they will run and not grow weary, they will walk and not be faint.”
For more information about Stacks’ project including the outdoor Stations of the Cross at St. Joseph’s in Huntington, contact the parish office at bmooney@stjoeshuntington.org. 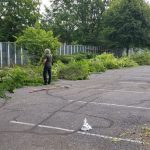 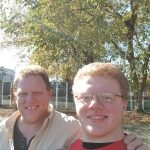 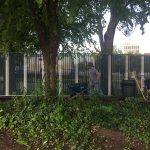 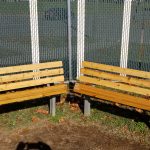 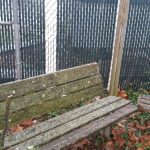 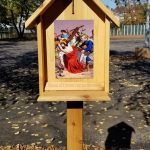 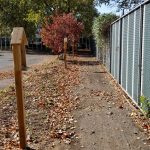 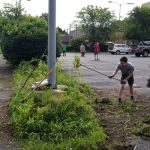 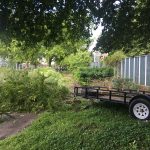 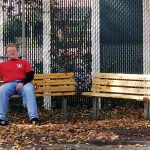